Leaving Shiva Yoga with Love (closed Facebook group)
Only for those who have left Shiva Yoga
https://www.facebook.com/groups/LeavingShivaYogaWithLove/

The following documents have been provided by Nigel Denning at Integrative Psychology in Melbourne. Nigel has previously been associated with Shiva Yoga and is familiar with the organisation.

What is a cult

What’s the difference between a cult and another organisation

If you have been involved with or affected by Shiva Yoga, understanding your experience and finding the right support can be an essential part of the healing process. On this page we will list resources that people are finding helpful or recommending:

CASA offer free 24 hour telephone counseling, as well as a series of free one-on-one counseling sessions where appropriate. They will readily provide support to the women directly involved, their partners or ex-partners as well as to members of the community that have been indirectly affected.

Book: Sex and the Spiritual Teacher.

“A penetrating look at the underlying causes of the sexual abuse of students by their allegedly ‘spiritual’ or ‘enlightened’ teachers. More importantly, the author provides incisive and compassionate proposals for creating healthy spiritual communities that are safe for all participants. Highly recommended.” –Brian Victoria, author of Zen at War

For anybody wanting to understand the nature of the guru-disciple relationship and how authoritarianism and coercion actually works, the Guru Papers is simply mind blowing. Now available on Kindle. 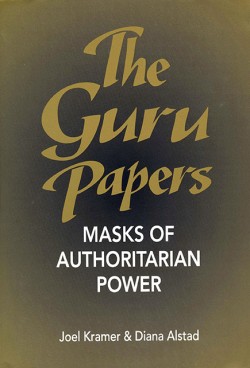 “The ostensible reason for fostering surrender is it detaches followers from certain deep conditionings presumed to be obstacles on the spiritual path. But it does not detach them from one of the most insidious and powerful conditionings of all- the predilection to look for an authority that one can trust more than oneself.” (p.50)

“In the realm of sexuality, the two prevalent ways control is exerted are through promulgating either celibacy or promiscuity…both serve the same function: they minimize the possibilities of people bonding deeply with each other, thus reducing factors that compete with the guru for attention.” (p.92)

“…Asserting that one human being fundamentally knows what’s best for another is authoritarian. If this is accepted, it sets up a chain of inevitable relational patterns that are detrimental to all players of the game.” (p.36)